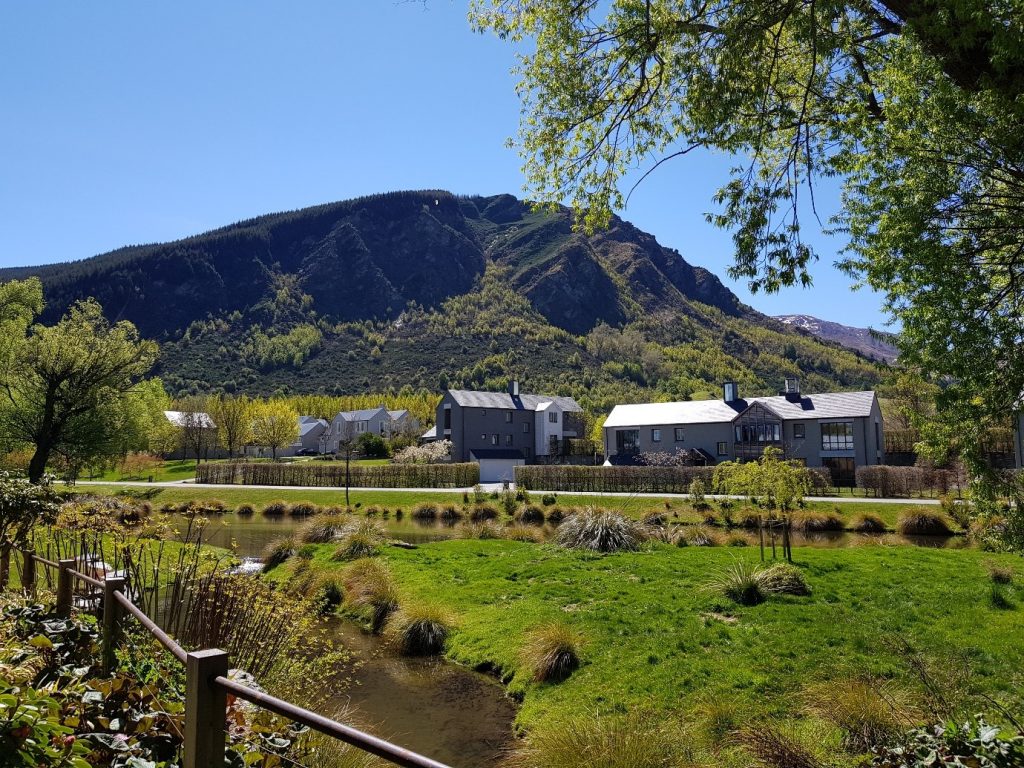 It’s a week since I returned home from the 2018 Future Firm Forum in Queenstown, New Zealand. I have reflected on it often since.

For those of you aren’t aware of the Future Firm Forum, it is an intimate gathering of legal service providers who take two days out of their schedule to refresh, reflect and share ideas. This year, as for the previous 10 years, we were based in beautiful Millbrook, between Arrowtown and Queenstown on New Zealand’s South Island. As I arrived, I concluded that if this Central Otago location, with some of the world’s best scenery doesn’t inspire me, then surely nothing will! The sun started to shine just as the first of the delegates arrived on Thursday afternoon and it stayed warm and sunny until we left on Sunday. Difficult as it was, we dragged ourselves away from the views to settle in the conference centre and hear from our speakers.

If you don’t like change then you’ll hate obsolescence

Erin Ebborn, Director and Principal Lawyer of Ebborn Law and Jarrod Coburn, its CEO, started things off after lunch on Friday with an in-depth look at the challenges and opportunities faced by small and medium sized firms. Their presentation ‘If you don’t like change then you’ll hate obsolescence’ challenged the status quo to suggest a different future for the practice of law in New Zealand. There were many take-aways. Coming at things from a UK/AU perspective, the ones that stuck in my mind were :

Welcome to the customer-centricity party!

The next day commenced with the energetic David Sharrock sharing the secrets of his firm’s success. How did a small firm in suburban Melbourne win Boutique Firm of the Year in the Law Institute of Victoria’s Awards 2018? Customer centricity, that’s how.  David took us through the vision, hard work and shared purpose that culminated in this accolade earlier in the year.  I’ve never experienced a party-themed session at a conference before and what an experience it was!  First-up the morning after a congenial dinner at Kobe, Millbrook’s highly rated Japanese restaurant, David was aware, I’m sure, of the need to wake his audience up….and wake us up he did, getting the whole room dancing to his favourite 70’s disco music. Thank goodness no-one took their cameras out at this point!  David was practical in his approach, sharing Sharrock Pitman’s own tools and templates to show how his firm has developed intensive customer-centricity. He rounded off his session by launching his new book: Fighting for Enterprise Success and providing every attendee with a signed copy, generously purchased by our host, Simon Tupman.

My session came next and with it a change of focus, from the bigger picture to detail. I shared with delegates my experience of how freelance lawyers have changed the market for legal services in the U.K. and Australia. Moving away from the received wisdom that this is ‘labour arbitrage only’, I shared the ways in which using flexible resource can benefit, not only the bottom line through cost savings but also the top line of firms through providing new strategic options.

Following lunch, my fellow Law Consultancy Network member Simon McCrum led a session on ‘Foundations for the Future’. Simon was Managing Partner at UK firm Darbys during a period of rapid growth, when it was the UK’s fastest growing firm. In 2016, it was acquired by Knights Professional Services Ltd and, after a year in the newly merged firm, Simon established his own management consultancy for law firms – McCrum & Co. Drawing on his experience of the heady days at the helm of a dynamic legal practice, Simon shared with the group his ten foundations for ‘easy and healthy growth’, many of which centred on the need to pay attention to the basics to ensure a profitable practice.

The forum concluded with a closing keynote from historian Te Radar. Simon Tupman, introduced Radar’s session by reminding us of the importance of understanding the past to connect with the future. Radar asserts that New Zealand’s history is too much of a well-kept secret. New Zealanders need to develop a clearer narrative about the country’s past in order to be able to create a confident future. Using humour and stories throughout, he shared with us some of the most fascinating episodes in New Zealand’s history, all of which provide an insight into the national psyche. My favourite was the story of Bob Semple, union leader and Minister of Public Works for the first Labour government of New Zealand. Semple was the voice of working people, advocating working smarter, not harder. So incensed was he at the continued use of manual wheelbarrows in agricultural and building work, that he made his point by driving a Caterpillar RD8 tractor over a wheelbarrow in 1938 to reinforce his government’s pledge to ‘do away with the wheelbarrow’ and make manual work less exhausting in the age of automation. A broken handle of the wheelbarrow remains at the manufacturer’s head office to this day. Semple was adamant that if workers were physically exhausted by a day’s work, they would be unable to be active contributors to their communities. I’m sure I wasn’t the only delegate at the Forum to notice the parallel here with recent headlines about exhausted junior lawyers at big law firms. Plus ça change.

Back in the routine

So here I am a week later, back in the routine and already the forum at Millbrook is a beautiful memory. More than a memory, though, is the shared experience of two wonderful days with professional friends. The Future Firm Forum enabled me to strengthen existing friendships, forge new ones, take time to reflect, share ideas and step out of ‘the ordinary’. Simon Tupman deserves huge credit for his vision and hard work in creating the Forum and running it for over a decade.  If I can return again next year, I will.  I urge anyone in New Zealand or further afield who is interested in the future of legal services to do themselves a favour and sign up for next year.