Legal pricing: “There are a lot of tricks I knows…” (first published on the Validatum website, 13 November 2021) 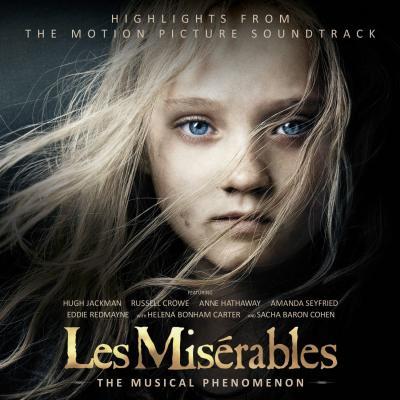 Inspired by lyrics from the musical Les Miserables (Master of The House), Richard Burcher, legal pricing expert from Validatum discusses the common practice of charging for disbursements or extras on top of a bill.

For many years it has been customary for firms to include a variety of sundry charges at the end of the bill, but a cost benefit/analysis may well reveal that while the practice generates additional gross revenue, this is probably outweighed by the negative effects on client perception and attitudes.

Let’s also be clear what we mean by sundry charges. These fall into two categories. Although we find that the terminology can vary from one country to another, let’s call the first category ‘disbursements’. For the most part, these are readily identifiable as they are payments to third parties; court filing-fees, title search fees, company’s office charges etc. These are distinct from the second category, which is what this blog post is about, variously referred to as office expenses, bureau charges, tolls, faxes, forms, postage, photocopying and stationery. In other words they tend to be operational consumables.

The morning after a family wedding back in New Zealand a few years ago, a small group of us headed out to a cafe for brunch. We all ordered and I paid at the counter – about $140. As all the meals were brought out, my brother-in-law asked the waitress for some tomato sauce. She duly returned with a very small saucer of sauce (I estimate 3 tablespoons) and said; “that will be 70 cents thanks”.

My brother-in-law just paid but we all looked at one another. Seriously? You can imagine the comments that were made amongst us after the waitress was out of earshot. I concluded that it was the overt pettiness of the charge that irritated me rather than the cost itself. Perhaps ironically, if the bill had been $141 and the tomato sauce included in the charge I would not have batted an eyelid. Indeed I wouldn’t have known any different.

So what do clients make of it?

All of which got us wondering about how the legal equivalent is perceived by clients. We think that it is a safe bet that many clients reaction would be similar to mine in similar circumstances.

As noted in a piece in Forbes which is as relevant today as when it was written in 2014; “Clients don’t want to pay for extras, like minor disbursements, or other “hidden fees”.

And now of course outside counsel guidelines are often very prescriptive about what can and can’t be passed through to the client.

As against that, as a former managing partner, I am very conscious of the fact that the charging of these disbursements can equate to anywhere between 2% and 6% of the base fee. Doing away with those charges entirely without any corresponding adjustment would have a very significant impact on firm profitability. Equally however, it does seem to us difficult to justify discrete charges for these items when they are in fact simply operational expenses. Why draw the line with the items I have referred to? Why not attempt to amortise rent and wages into each bill?

I think that the answer lies in my reaction to the $0.70 charge for the tomato sauce. I wasn’t actually concerned about the cost per se. Rather, it was the way in which it was treated separately, almost as if it was a special item instead of being treated as a normal part of a brunch of sausages, egg, bacon etc. We certainly advocate transparency when it comes to pricing but this is an example of where too much of a good thing can be counter-productive.

In the final analysis, most clients simply want to know how much a particular task or project is going to cost in its totality. When you give them a total figure, they will then decide subjectively, based on their own frame of reference, whether that figure accords with their perception of fair and reasonable value.

By all means, incorporate those expenses in one form or another but in our view, you charge them “…two percent for looking in the mirror twice…” at your peril.

You can also read the full article by clicking here to visit the Validatum website.